The Tumbler Ridge Museum Foundation is dedicated to the conservation, preservation, research and display of British Columbia’s fossil heritage and Tumbler Ridge history through science, historical archives and public education. We undertake these activities while maintaining the highest possible professional and ethical standards without bias.

Together with our community, we dig deeper into our story and engage in discovery.

Engaging your imagination and inspiring your curiosity.

Science & History: Our research and stories are our strengths.

Community: Strong relationships are built on respect and trust.

Ethics: We conduct our work with integrity, authenticity, and accuracy.

Imagination: Our passion and curiosity are contagious, evoking child-like wonder.

The Tumbler Ridge Museum Foundation is a not for profit society and registered charity.

In 2000 two boys, Mark Turner (11) and Daniel Helm (8), were tubing down rapids in Flatbed Creek just below Tumbler Ridge. They fell off their tube and walked back upstream on bedrock. They noticed a series of depressions in the rock and correctly identified these as a dinosaur trackway. Trying to convince adults of the importance of their discovery, their perseverance paid off as their trail led to Philip Currie, Curator of Dinosaurs at the Royal Tyrrell Museum of Palaeontology, and to palaeontologist Rich McCrea, western Canada's authority on dinosaur footprints.

In 2001 McCrea came to visit, confirmed the importance of this in situ discovery, and found British Columbia' s second ever dinosaur bone right beside it. At the time this was one of the only places known where footprints and bone had been discovered together in the same rock layer. Press releases made national headlines, and these events served as catalysts for the formation of the Tumbler Ridge Museum Foundation

Tumbler Ridge's assets of surrounding physical beauty, unparalleled setting, and unique history, coupled with the emerging palaeontological discoveries, led to the identification of four main museum themes to be developed:

McCrea taught the passionately enthusiastic locals what to search for, and soon regular dinosaur footprint discoveries were being made. On one expedition down a canyon with a few dozen footprint discoveries, a crucial find was made: BC's first accumulation of dinosaur skeletal material. This was also by far the oldest dinosaur bone material in western Canada, and very few bones from this age of rock were known worldwide. The possibility of this representing new species to science provided further impetus, and a fundraising drive was initiated to make the excavation possible.

This progress was matched at the administrative level, registering the TRMF first as a non-profit society and then obtaining charitable status, and the Board of Directors and other volunteers committed thousands of hours to further their dreams. Displays were created in the Tumbler Ridge Community Centre, trails were built to the dinosaur footprint field sites, and guided tours were offered. Loraine Funk was the first TRMF president, followed by Carolyn Golightly, Rose Colledge, Dave Price, Charles Helm, Charissa Tonnesen and Jim Kincaid.

In 2004 funding was obtained through the federal Softwood Industry Community Adjustment Economic Initiative (SICEAI) and allowed for the outfitting of the Museum's research arm, the Peace Region Palaeontology Research Centre (PRPRC). Collections rapidly began accumulating not only of dinosaur bones and footprints but of fossil fishes and marine reptiles, corals, plants and many other types that make Northeastern BC a global palaeontological hotspot.

Excavated material is removed to the PRPRC where it is prepared, researched, described and exhibited. McCrea was joined by Lisa Buckley; together they provided complementary expertise in footprints and bones respectively. With further funding from Western Diversification, the Dinosaur Discovery Gallery was developed and housed in the decommissioned Claude Galibois School under lease from the District of Tumbler Ridge. This allowed for the expansion of the PRPRC, and in time an outside shed was constructed to house extra-heavy specimens.

An enormous amount of media exposure was generated by this activity, with features by Discovery Channel, Knowledge Network,  Globe and Mail, the Vicki Gabereau Show and many others, and books were written on the finds.

While palaeontology grabbed the spotlight and helped to diversify the Tumbler Ridge economy, the other TRMF themes were not neglected. This was reflected in the expanding number of exhibits in the Tumbler Ridge Community Centre.

British Columbia’s first articulated dinosaur material was discovered by Dr McCrea and Dr Buckley and their team, and three years were spent excavating this site. Thanks to a generous donation from Cream Productions the jacketed specimen was flown out by helicopter and is in the process of being prepared out of its surrounding rock. It was also discovered that the site contained skeletal material from many dinosaurs. With adequate funding an entire bonebed might be exposed.

The PRPRC has been true to its name, in researching and celebrating not just the fossils of Tumbler Ridge, but of the whole Peace Region.  In the forefront of this work has been the Six Peaks site near Hudson’s Hope, one of the largest and most important dinosaur tracksites in the world.

As the Dinosaur Discovery Gallery has developed, and renovation projects have expanded the entrance and gift shop, the facility has become an attractive venue for special occasions, where being surrounded by dinosaurs creates a unique ambience.

The Wolverine Nordic Mountain Society has been a long-time partner of the Tumbler Ridge Museum Foundation: you can see their tireless efforts on our Dinosaur Trackway Tours! Visit www.wnms.ca to plan your hiking adventures during your visit! 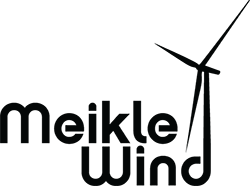 The Tumbler Ridge Museum Foundation 2021 AGM was held on October 26. The new board and executive are enjoying advancing  museum projects and serving the members of the TRMF and the community of Tumbler Ridge for the 2021/22 year.

Have a question? We're here to help!