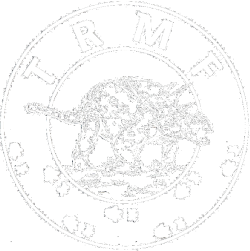 Linuparus qualitus is on display now in the Dinosaur Discovery Gallery.

Nowadays hearing the phrase “Canadian lobster” immediately calls to mind the picturesque fishing villages of Atlantic Canada. Not so during the Cretaceous! If we could travel back in time and explore Canada during the age of dinosaurs, we’d encounter a very different world. Thanks to fossils in museum collections and members of the public who bring their finds to our attention, we can make that fascinating journey together.

Lobster have long since vanished from the Pacific coastline of British Columbia, disappearing from the province well before humans even existed. Some ninety million years ago however, British Columbia was a very different world, with both a west and an east coast. The Western Interior Seaway split the continent of North America in half, a shallow sea extending between Alaska and the Gulf of Mexico. What would become the mountain town of Tumbler Ridge lay at the edge of this sea. At that time Tumbler Ridge lay ten degrees further north, at the Arctic Circle, a result of the Earth’s constantly moving tectonic plates. It would have presented an odd contrast to the world of today, an Arctic Circle location giving dramatic seasonal changes in daylight, but warmer “Greenhouse Earth” climate conditions causing an ice-free Arctic. Throughout much of the Cretaceous, rich vegetation thrived even in the far north, a backdrop to dinosaurs and preserved in swamps to form coal. Meanwhile warm shallow seas were home to a spectacular new fossil lobster found by museum volunteer and researcher Dr. Charles Helm while enjoying a day out hiking near Tumbler Ridge. With its modern relatives confined to waters twenty to thirty degrees nearer the equator, the new lobster fossil provides evidence for warm Cretaceous seas.

Despite their hard shells, it’s relatively unusual for lobster to be preserved as fossils. With many parts to their skeletons, even when lobster are fossilised, it’s usually as separate fragments. Remarkably, the Tumbler Ridge lobster is nearly complete, including head, body, antennae and parts of the legs.

Collaborating with American fossil lobster experts Professors Rodney Feldmann and Carrie Schweitzer in newly published research reveals that the fossil is a new, previously undescribed lobster species. This makes the fossil, now carefully described and given the scientific name Linuparus qualitus particularly significant. It’s not just a duplicate of something found before, but rather unique, having, alone among its species, survived the almost unfathomably long passage across ninety million years. A toilsome journey through the pressures of burial, traumas of mountain building and indignities of erosion, before discovery by Dr. Helm. As such we’re very pleased to provide a more sedate and stable future in the museum collection, where it joins several other species defining type specimens. Internationally significant assets we are both grateful and proud to host in Tumbler Ridge.

If you look at the photo accompanying this article, you’ll notice that unlike the familiar modern Atlantic lobster that you might enjoy in a restaurant with butter and lemon wedges, this newly discovered yet ancient lobster species lacks claws. That’s because it’s a distant cousin, a member of the spiny lobster family. Modern spiny lobster provide many clues to the life of the Tumbler Ridge fossil. Both evolved to face predators including octopus and sharks. These and other dangerous sea creatures threatened the Cretaceous Tumbler Ridge lobster. Special features not usually seen in fossil lobsters show that without claws to defend itself, the ancient Tumbler Ridge lobster used sound to confuse and deter predators. Rubbing the base of its antennae on ridges under its eyes, much like a violin bow. If its screeching violin practice didn’t scare away a predator, as a last resort it could even use its antennae as weapons. If you’re inspired to experience a divers ear view of the Cretaceous Tumbler Ridge sea floor, a newly opened display at Tumbler Ridge Museum features recordings of these sounds, thanks to the Duke University Patek Lab.

So, next time you find yourself enjoying a seafood feast, or taking a mountain hike across an ancient seafloor, spare a thought for the long extinct Tumbler Ridge lobster, roaming the Cretaceous seas of the Peace Region.

Linuparus qualitus is on display now in the Dinosaur Discovery Gallery.

The TRMF is seeking a dynamic individual with a passion for science, history, and the outdoors to join our team!

The busy summer season is quickly approaching, and we are looking to fill several summer student positions. If you have a passion for ancient giant lizards, working outside, meeting and talking to people, delivering STEAM programs, and detail-oriented work, we have a fun summer planned for you!

On Friday October 9th, 2020, a massive fossil recovery effort disrupted traffic along highway 29 between Tumbler Ridge and Chetwynd for several hours as four large blocks containing significant material were recovered, the largest weighing in at 17,000 pounds.